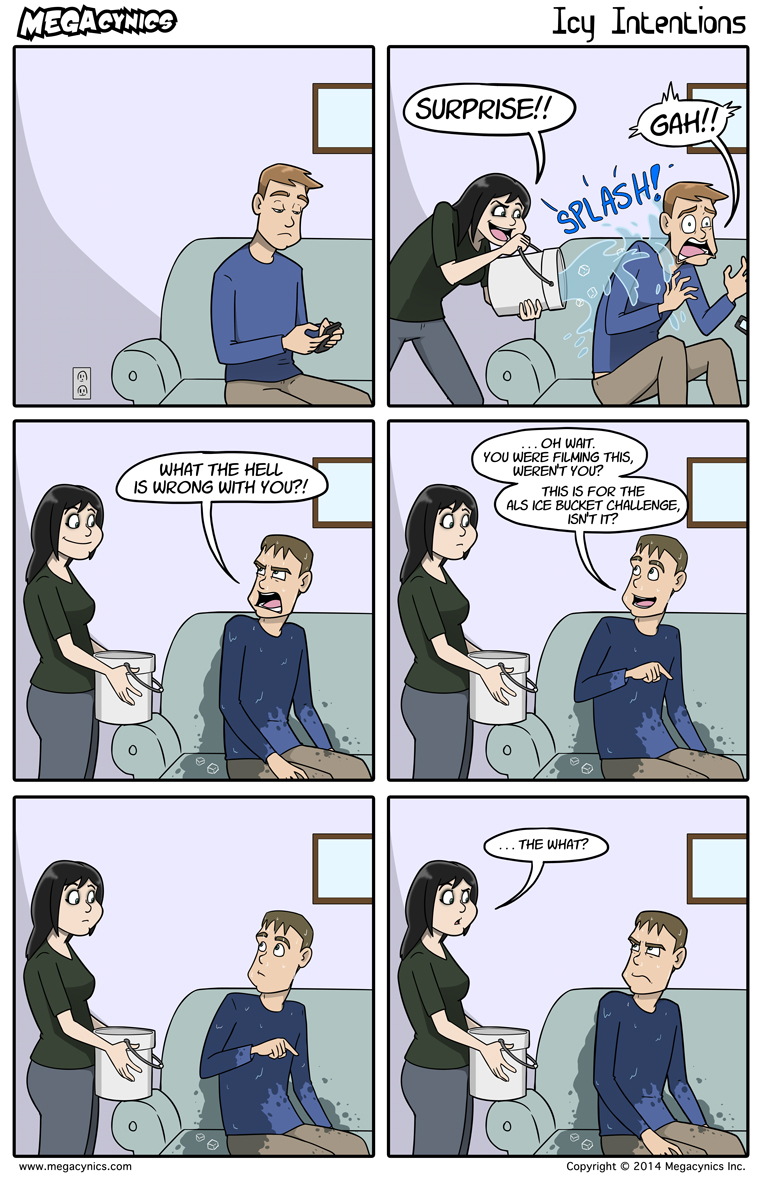 A few weeks ago I wasn't the biggest fan of this challenge but that's mainly because there were a lot of people who took the challenge without mentioning ALS.  No joke, they said who tagged them, dumped the bucket of ice on themselves and then challenged more people.  I thought it was a new fad where people do dumb stuff... like planking.  Imagine my surprize when one of my friends explains to me that the challange is to raise awareness/ money for ALS.

Regardless, I understand that there have been many people since then who have taken it more seriously and have been sure to not only spread the message about ALS, but also complete the challange safely.  I myself have donated a little chunk of money to ALS Canada which you can do as well by following this link.

I withdraw my previous complaints about people doing this for fun instead of raising awareness and money (mainly bacause everyone knows what's up now).