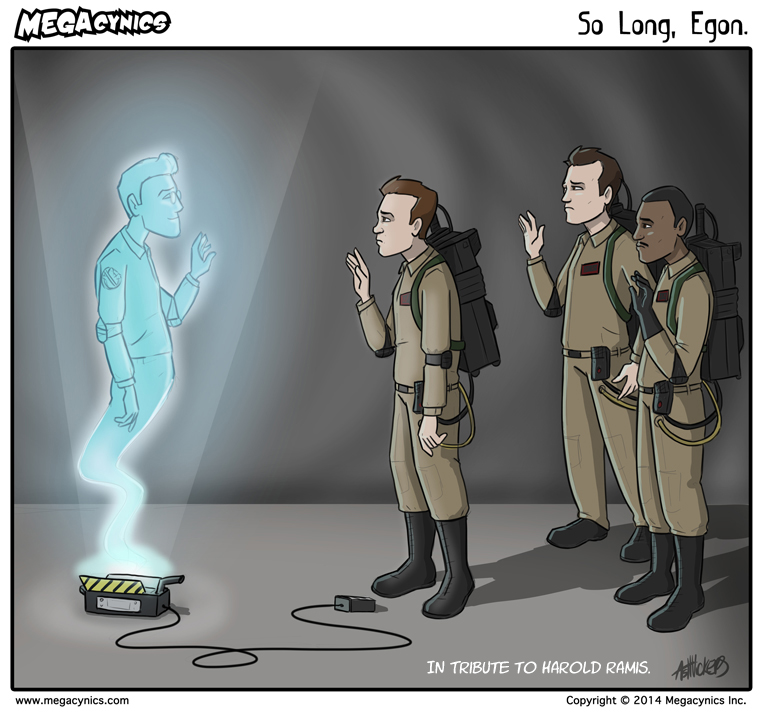 To those who are asking, No, I don't think the Ghostbusters would trap Egon and shove him in with all the other malicious ghosts.  I think Egon would want to know what it's like to be in the trap in the interests of science.  The caption on this might as well be "No guys.... It's fine! I'll be fine.  I'll see you soon!"

I drew this as a tribute to Harold Ramis, or as I first came to know him, Egon Spengler.  RIP, Harold. You will be missed.