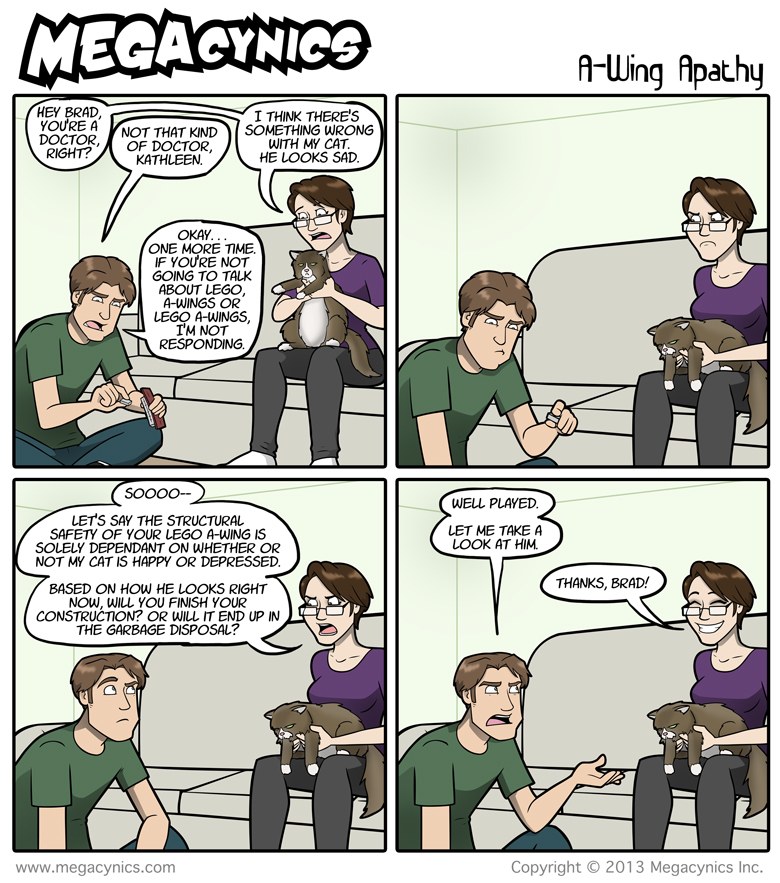 Today's comic was written by Kathleen... well, and me... well and Brad... kinda of. Okay, let me start again.

Kathleen (of Loading Ready Run) graciously decided to throw some comic ideas my way during one of my many battles with writers block. I built this comic off of one of Kathleen's ideas (which shall appear on the site on Wednesday) as sort of a set-up comic.

...Also I happen to be talking to Brad at the time I was story-boarding it, and he'd just built this Lego A-Wing... So that's how that got in there. ;)