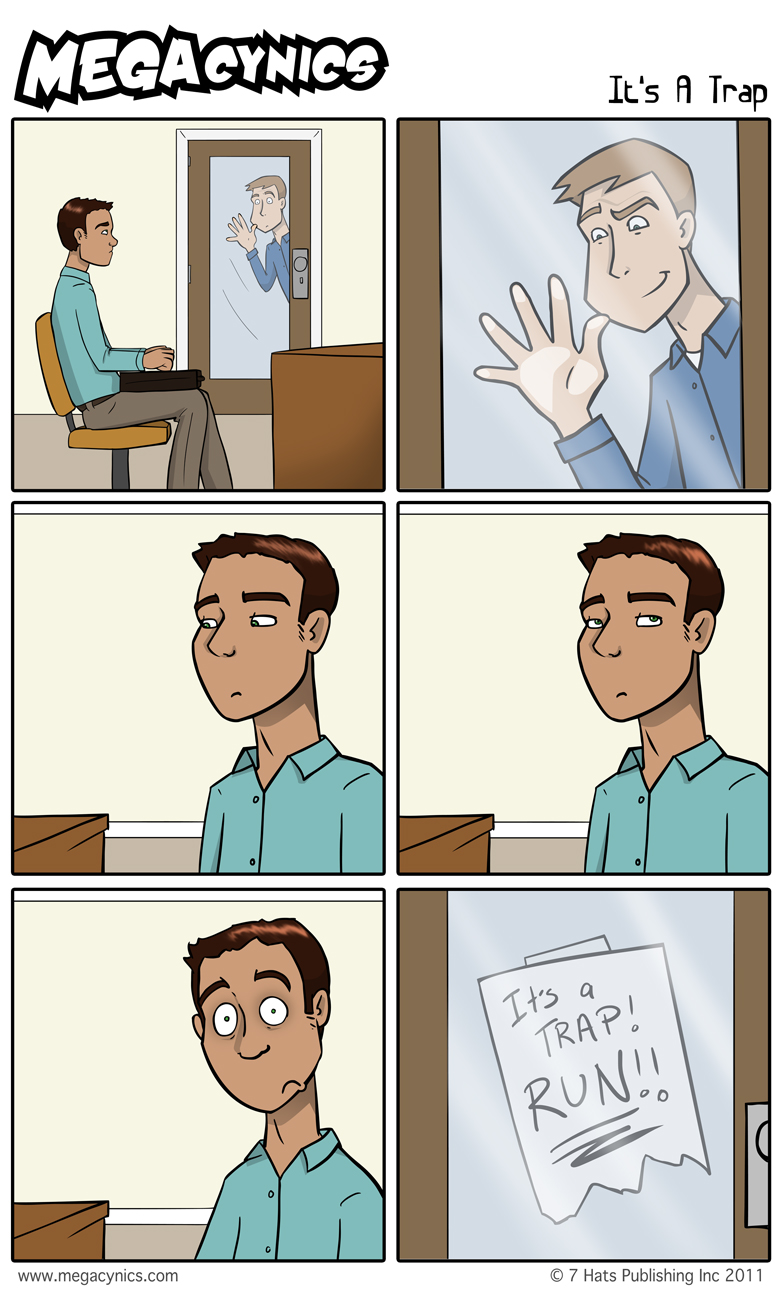 We woke up to a rain, with my flight planning software predicting terrible weather all day. There was no way that we could fly my plane over the mountains on such a day, and we began to resign ourselves to another day in the small but friendly town of Great Falls, Montana.

You might wonder why we didn't just fly the final leg to Seattle commercially. The answer is that we had no expectation whatsoever that Harrison's box containing the portal gun he made for Valve (complete with a talking potato) would make it through security. It was not hard to imagine a half a dozen TSA people crowding around an x-ray image of the inside of the prop, revealing relays and switches and suspicious blobs and masses all connected by wires, and the inevitable airport alarm that would summon the bomb squad to whisk it away to ignominious detonation in some remote corner of the airfield.

However, we were soon to learn otherwise. Indeed, before Ash had even had a chance to have a shower, Harrison appeared with interesting news: one of his Facebook friends had indicated that he expected we'd get through security just fine. In fact, he assured us, he had been through TSA security with much more complicated devices than the portal gun, including an electronically operational mockup of a Ghostbusters trap.

This was great news. While Ash and I had lots of time to finish the road trip, Harrison, on the other hand, had to fly back on Wednesday afternoon, no matter where we were or what we had accomplished. Given that we had standing invitations from Valve and Penny Arcade to visit -- indeed, they were expecting us to arrive any day -- it would have been a true shame to admit defeat and have Harrison return without visiting anyone. So we became understandably excited at the thought that perhaps we could make it out after all.

We quickly checked the schedule and found that there was a flight to Seattle around noon. So we packed as quickly as we could and headed to the airport to investigate whether they would let us fly.

We arrived at Great Falls airport before the Horizon ticket desk opened. Before buying a ticket, we walked over to the TSA people and asked how likely we would be to get the portal gun through security. The supervisor had a look and said that there was no reason to believe that we would have any problems, provided everything checked out in the x-ray scan and other security checks. Feeling confident, we grabbed some breakfast and purchased airline some tickets online. After eating, we headed over to the Horizon desk to see what they'd have to say about taking GLaDOS on the plane.

We had no intention of checking the prop, but it was just too large to be carry-on luggage. The only option left was to buy a ticket for Potato GLaDOS and the portal gun. This involved the Horizon agent fighting for about half an hour of with the ticketing computer, as well as phoning supervisors for various required permissions. Harrison and I stood at the Horizon desk, wondering how this was all going to go. In the end, I ended up with three tickets for human beings and a special ticket for GLaDOS. We proceeded to security to see how things would play out.

The first part of the security process went pretty much as we'd expected. As GLaDOS went through the x-ray machine, the security officers huddled around the screen, wondering how the mass of wires and electronics on their screen related to their training – and to national security. It was clearly not an everyday scan. However, the supervisor was on the scene, and kept things moving along. The box was opened for a hand search and an explosives swab test.

Now Ash and I have never been to Harrison's workshop, and even though we knew (or were at least relatively certain) that there were no explosives inside the portal gun, who's to say, we wondered, whether there was anything in Harrison’s workshop that might set off an explosives detector? I’d seen pictures on Facebook of all his cans and jars and powders and the like, and all it would only have taken one of those residues to be mistaken for some kind of explosive and we would be spending the night in a secure undisclosed location. Harrison, reading our minds, muttered something along the same lines. Our hearts racing, we waited for the results of the swab. Negative. We were free to proceed.

Even though GLaDOS was utterly benign – except perhaps in a larger, metaphorical sense – we couldn't help feeling like we'd just put one past The Man. And even though, in truth, we hadn't, we still felt pretty smug. Anyhow, we still had a long day ahead of us. As we waited to board the plane to Seattle, Harrison noticed that we could see my little plane sitting out on the tarmac, weather cover in place, waiting for our return. It felt like we were abandoning her, like we were leaving a party with a different girl than we came with. She had carried us so far, and had been so good to us, that I snapped a picture and felt a little pang of regret. But then I remembered that we'd be seeing Valve the next day, and was greatly cheered.

The flight to Seattle was short and painless. The first quarter was grim, through nasty weather conditions that I could never have flown legally (or safely). The middle half, however, was beautiful and clear and would have been a pile of fun to fly. The last quarter was all low clouds, and we finally landed in Seattle under a thick, low ceiling that would have ruined our day in the small plane. We definitely had made the right decision to fly commercially. And we were now in Seattle, home to Valve and Penny Arcade! We deplaned, grabbed our luggage, and booked a hotel room online, right in the airport luggage claim area. We had already received e-mail confirmation from Valve that we were booked in for the next day. Success! It was time to celebrate.

In addition to booking some nice hotel rooms on-line in the airport, I also booked a rental car. It was amusing literally look across the hallway at the Hertz desk while I booked the car in cyberspace. This is where we’ve arrived in the 21st century: booking a car online instead of walking to a booking desk in plain sight. Although to be fair, there was nobody working the booking desk.

We grabbed the car, tossed GLaDOS into the trunk (for the first time), and drove to our hotel. Meanwhile, Ash was texting Ashton Cummings, the technical wizard MegaCynics as well as a number of other high-profile sites, who had come to Seattle to see us. He’s a good friend of Ash’s, and I had not yet met him. Harrison was also in touch with Brian “Groove” Williams, who was my proxy bidder at the Child’s Play auction in December. I owed him a number of beers for his invaluable assistance in procuring my Portal Gun, and I intended to make good on my debt.

After checking in at the hotel, we decided to all meet up at The Taphouse, an urban beer oasis in the heart of Seattle, in easy walking distance of our hotel. We convened there and drank excellent beers from around the world for a number of hours. After traveling for so long, it was good to relax and know that we did not have a hard day’s flying ahead of us. Harrison remarked that is seemed like we’d been traveling for weeks, although I’m pretty sure he meant in a nice way. Anyhow, that’s certainly how I chose to take it! I, too, felt that I had grown much closer to Ash and Harrison over the last few days, and that we’d lived through several weeks of experiences in the time. Such was my initial hope for the road trip, and such had come to pass.

It also turned out that Ashton and Brian were excellent company. We spent the evening talking and carousing. Brian asked if he could come along with us to Valve, which I thought was a great idea. We had also been thinking how nice it would be for Ashton to come as well. However, the final decision was not mine, and I sent a quick e-mail to my contact at Valve asking if it would be all right. We made tentative planes to meet at Valve if the response was positive, and then we drank ourselves into pleasant inebriation with abandon. Ash also did some fine sketching. We closed down the bar, headed back to our respective places of lodging, and passed out.

Okay, I know that this, or something quite similar to this comic, did happen to Steve. Makes me proud to know that even though we didn't grow up around each other, we both have the gene built into us that tell us we should torment other people at any given opportunity (as long as it's all in good fun).

Okay, I know that this, or something quite similar to this comic, did happen to Steve. Makes me proud to know that even though we didn't grow up around each other, we both have the gene built into us that tell us we should torment other people at any given opportunity (as long as it's all in good fun).