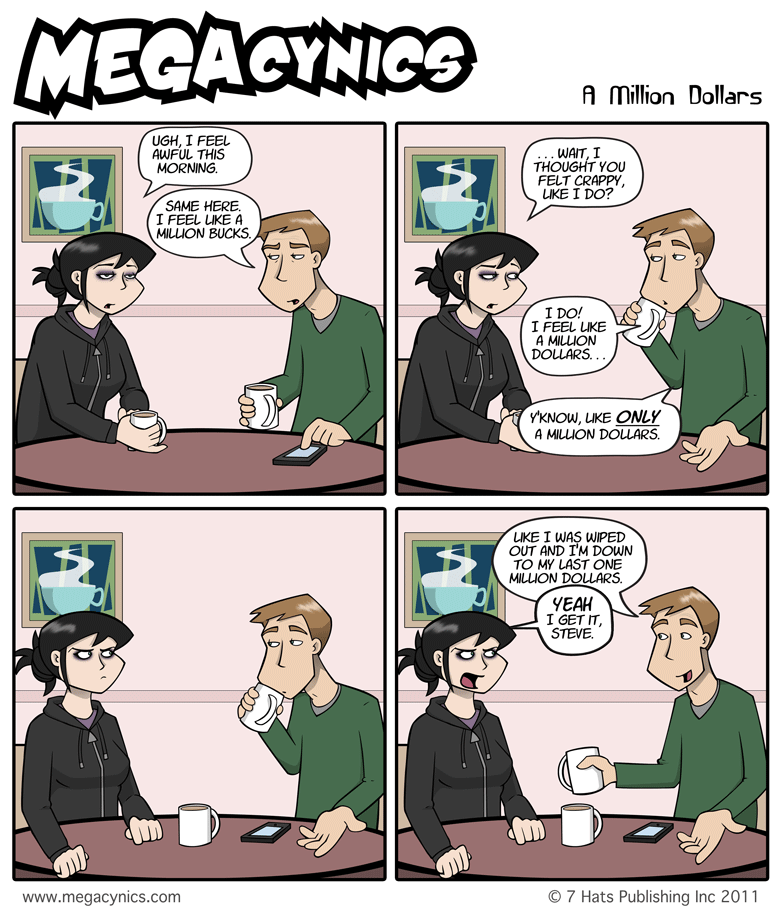 Well todays comic is actually a joke that was born during the portal trip. I don't recall the exact chain of events that spurred the joke but I believe it was Harrison that was being generally clever and coming up with scenarios that do not apply to people as successful as Steve (all in good fun of course). Eventually it came up that the term "I feel like a million dollars" wouldn't really apply to Steve seeing as he is worth more than that, and having only a million dollars would actually mean he's lost quite a bit. For the rest of the trip both Harrison and Steve would say "I feel like a million dollars... y'know JUST a million dollars" whenever they felt crappy and we all had a good laugh =) I figured it was a little late to do another comic on events of the portal trip, but it was pretty damn funny to us and I didn't want to waste the joke, lest the memory be lost, so we you are!