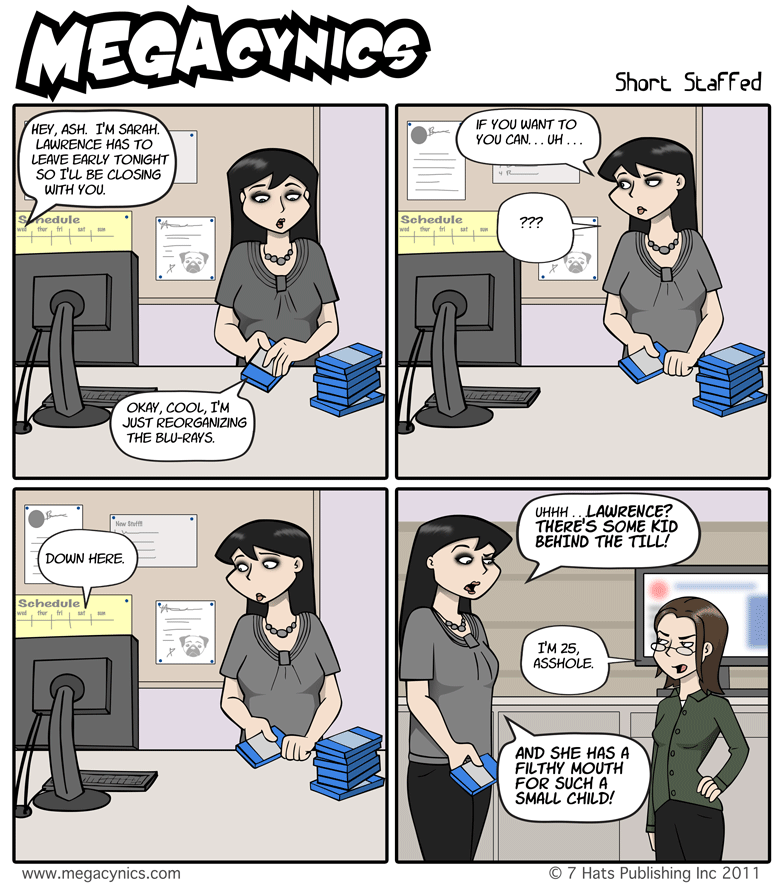 Today' comic guest stars my friend Sarah, who's been poking at me for a while to put her in a comic. Sarah is... well... She's short and she's cool with that, and I'm tall and I've accepted that but the first time we met up at a bar it was kind of ridiculous. When I wear heels there's over a foot of height difference between us, and I decided that if Sarah was going to join the cast we'd have to get the short thing out of the way pretty quick. That's not to say I won't be making more short jokes at her expense, now... I'm not stupid, it's a never ending supply of material.