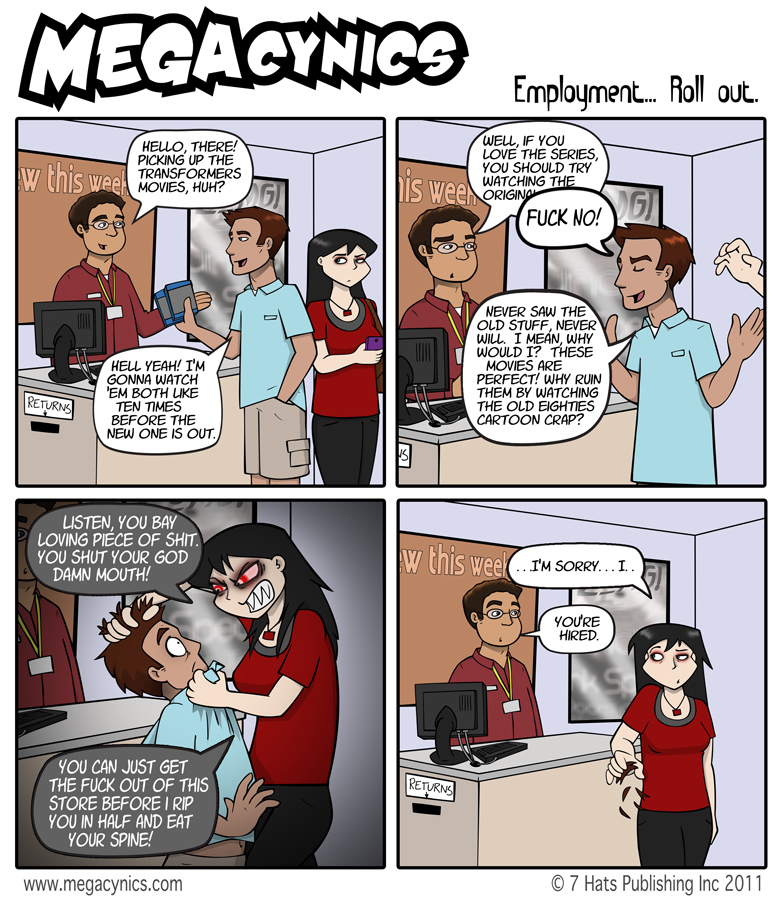 Okay, so this didn't actually happen per se. I did work at a video game store for a number of years and in that time The first (Bay) Transformers movie came out, as did the video game to go with it. I had quite a few customers buying the game and talking at me about how amazing the movie was and every time I bit my tongue and nodded, a little piece of my giant-cartoon-robot-loving soul died a little. I got into a few strong-worded debates with people about whether or not Mr.Bay did justice to the Transformers universe and I'm sure there was enough said in those debates to fire my ass five times over, but not once did I get to scream at a customer who was too preoccupied with shiney,loud, CG-robot abortions to even give the original stuff a chance. But I thought about it. Every. Day.

So, this is my chance. If even one of you jerks who came into my store and told me I had no idea what I was talking about (mainly because I'm a girl, so what would I know about video games, or robots?), this is what I wanted to say to you, but I didn't, because I wanted to keep my job so I could make money and spend it on things. Like buying my neighbor's used cat litter off of them and spreading on my apartment floor and rolling around in it. Why would I do such a thing? Because I personally feel it would be a better use of my time and money than going to see the third installment of the Michael Bay Transformers movies.... I'm also fairly confident I'd feel cleaner afterwards.